On Tuesday, February 1, Regis hosted “Sports Journalists,” the fourth installment of the Stories and Storytellers panel series. Organized by Regians in Media & Entertainment (RIME) and Noble Hearts Films, a Regian-founded production company, the event invited prominent alumni in the sports journalism and broadcasting industries to discuss their careers and expertise with the Regis community.

Stories and Storytellers, which premiered in 2019, was developed as a means of allowing seasoned alumni to return to Regis and share their experiences working within an evolving media and entertainment landscape. Past panels have highlighted Regians in fiction writing/management, journalism, and film/television production respectively.

The evening’s events were hosted virtually via Zoom, and featured Pat O'Keefe ’97, Jon Sciambi ’88, and Pablo Torre ’03. O’Keefe is the current Sports Director for News 12 The Bronx/Brooklyn, as well as an Emmy-nominated Executive Producer for the "News 12 Overtime" sports newsmagazine show. Sciambi serves as Play-by-Play Announcer for the Chicago Cubs and Marquee Sports Network, and has previously called baseball games for ESPN Radio and television. Torre is a columnist, sportswriter, and host of ESPN Daily, and has delivered sports commentary on such shows as Around the Horn, Pardon the Interruption, and The Sports Reporters.

Fellow sports journalist Joe Mauceri ’04 also joined the panel and served as the night’s moderator. Mauceri is an Emmy-nominated reporter for WPIX, and has been recognized by the Associated Press, the Radio and Television News Directors Association, and the National Academy of Television Arts and Sciences for his achievements.

A full recording of Tuesday’s panel discussion can be found below: 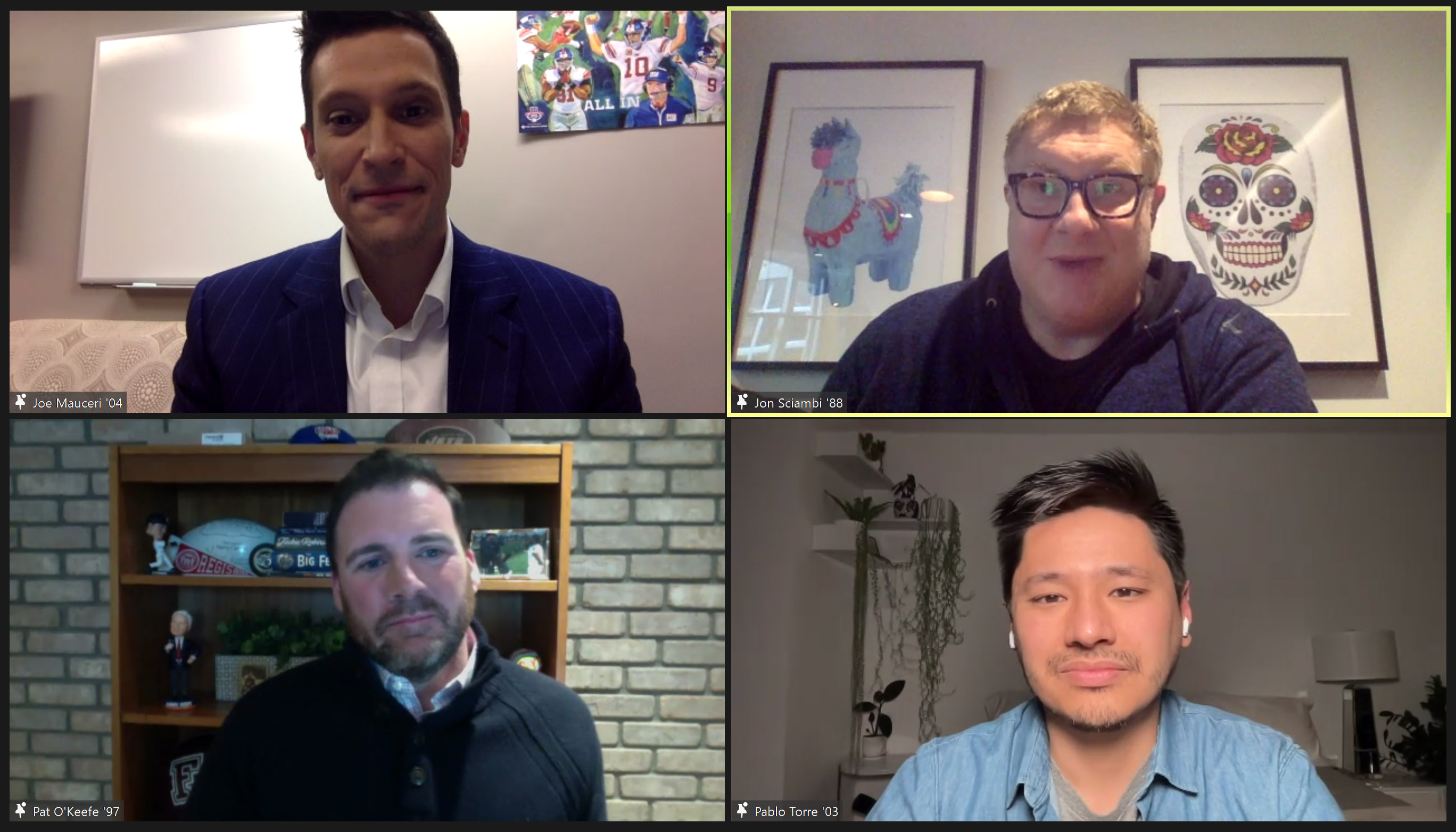 Address to the Class of 2022 by Benjamin Kaiserman '22

Address to the Class of 2022 by Benjamin Kaiserman '22