Add "Nobel Prize" to the list of distinguished awards earned by Regis alumni.

Early Monday morning in Stockholm, Sweden the Nobel Prize in Medicine was awarded to John O'Keefe '57. O'Keefe earned the award along with Norwegian scientists May-Britt Moser and Edvard Moser for their joint efforts to identify the "inner GPS" that helps the brain navigate through the world.

The findings in their research have changed how we understand how cells work together to perform cognitive functions. Among other things, this research could lead scientists to a better understanding of diseases like Alzheimer's.

Born in New York City in 1939 to immigrant Irish parents, O'Keefe attended Regis High School and graduated with the class of 1957. Following Regis, O'Keefe earned his undergraduate degree from City College of New York and a Ph.D. in physiological psychology at McGill University in Montreal. Postdoctoral training brought him to London, where he eventually settled for a career as a researcher and professor.

In an interview published yesterday, O'Keefe stated, "I am totally delighted and thrilled and I am probably still in a state of shock. It’s a terrific accolade. It is the highest accolade you can get and I think it’s a terrific sign of the way the world thinks about the work." 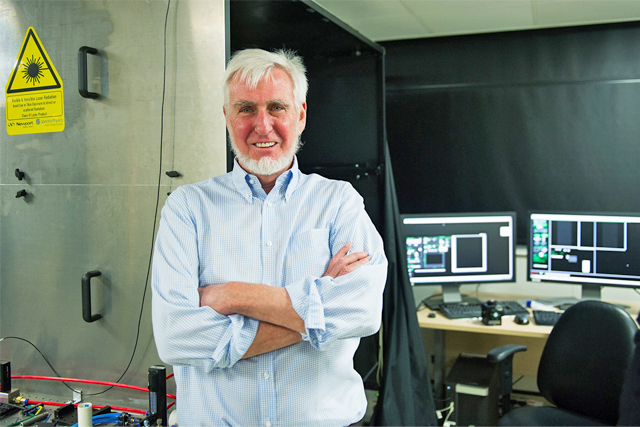 Above: Professor John O' Keefe '57 won the Nobel Prize for Medicine for discovering an "inner GPS" in the brain.
(Photo: European Pressphoto Agency)


A collection of news stories highlighting O’Keefe’s work are linked below: