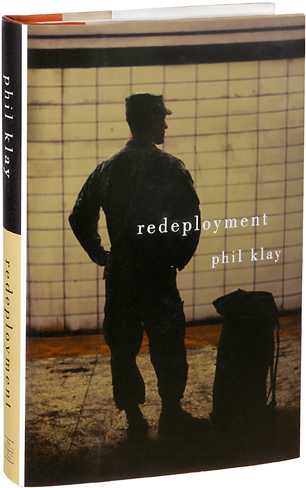 Though Klay’s book was only recently released, it has already been the recipient of rave reviews by The New York Times (The Madness of War Told in the First Person | February 26, 2014) and The Wall Street Journal (Book Review: ‘Redeployment,’ by Phil Klay | March 3, 2014).

Klay will be part of an all-star lineup presenting at this year’s Centennial Classroom Revisited on March 22. He recently took some time to talk to Regis about writing and how the faculty at Regis helped him develop his appreciation for literature. Below are his responses.

When were you deployed to Iraq and how long did you serve?

I spent roughly four years in the Marine Corps, deploying to Iraq from January 2007 to February 2008.

When did you come up with the idea of writing this book of short stories?

I came back from Iraq with a lot of questions about what that experience meant, both for me and for the other Marines I had met. So I started writing in 2008. The first story I wrote was the first story in this book, and the first sentence is the current first sentence, "We shot dogs." Everything else changed, though, over the next four years I spent writing the book.

How long have you been writing? Did any Regis teachers influence your interest in writing?

I've been writing a long time. I took Dr. Tricamo's creative writing class senior year, which was a fantastic course. And yes, plenty or Regis teachers influenced me. Dr. Tricamo was also in charge of my freshman year advisement group. Mr. Vode introduced me to Russian literature. There's Mr. Talbot '93, who I did my first experiments in satire for, and Mr. Mullin '66, who made us memorize the first line of the Odyssey in Greek and has a wonderful approach to literature and ideas. Then there's Mr. Connelly '56, who I was lucky enough to have for three years at Regis and whose Faith and Fiction elective I took senior year. And of course, Mr. DiMichele, whose principles guiding the Hearn were extremely important in teaching me how to think. And more. Mr. Hannon '76, who let me take an elective with him on Zen Buddhism. Ms. Basile, who introduced me to a lot of great Spanish literature.

What are you hoping to be able to share with attendees at the Classroom Revisited event later this month?

Well, I'm going to present with Matthew Thomas ‘93, who has a brilliant book coming out called We Are Not Ourselves, which is a multi-generational story of an Irish Catholic family from Woodside, Queens. And though in some ways our work is very different, there are a lot of commonalities in the ways we deal with incredibly difficult subjects. So we're going to talk about how we decided to write about subjects, how we gave ourselves the permission to write what we did, the inherent challenges in dramatizing internal struggles, and the moral stakes involved for each of us.

You can attend Klay’s session at Classroom Revisited by registering online. Space is limited, so please register today.